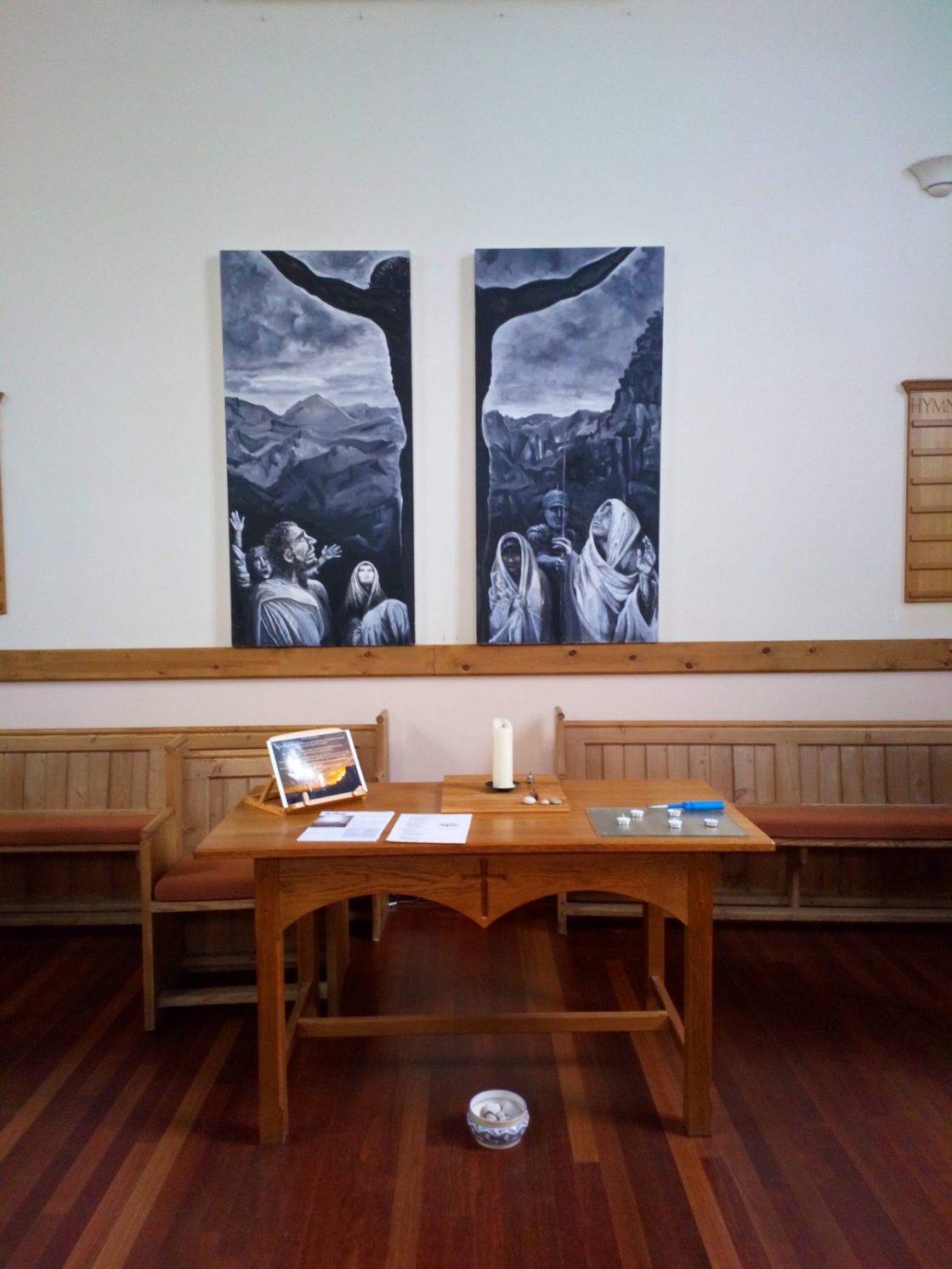 Greetings, everyone. Our Holy Week Meditations this year are based on “the things Jesus did”. Bishop Stephen Cottrell, the author of a book of that name, comments:

Jesus stands in the prophetic tradition of those who embody what they teach. Jesus did things. He made an impact.

So, during Holy Week, as we look at some of Jesus’s actions – associating with the wrong sort of people, disrupting the Temple market, sharing bread and wine, washing feet, praying for deliverance – we move towards his greatest and final acts – his death and resurrection.

So today, Monday, we think about Jesus and his associations with the wrong sort of people!

Firstly, from early in Jesus’ ministry –

On hearing this, Jesus said, “It is not the healthy who need a doctor, but the sick. But go and learn what this means: ‘I desire mercy, not sacrifice.’ For I have not come to call the righteous, but sinners.”

And during Holy Week –

Matthew 26: 6 – 9
While Jesus was in Bethany in the home of Simon the Leper, a woman came to him with an alabaster jar of very expensive perfume, which she poured on his head as he was reclining at the table. When the disciples saw this, they were indignant. “Why this waste?” they asked. “This perfume could have been sold at a high price and the money given to the poor.”

Comment by Stephen Cottrell from his book The things he did

In the end, this was Jesus’s undoing. He just wasn’t respectable enough. He mixed with the wrong sort of people. There was too much God in him, and not the sort of God the professionals liked to peddle. His was a very down-to-earth God: a compassionate ‘on your side’ God; a completely understanding and ‘why not start again’ God. And it drove them mad, the God professionals, the scribes and Pharisees, the ones whose job it was to tell people who God was, and what following God looked like.

When people started stoning a woman caught in the very act of adultery, he sat down and drew in the sand and invited anyone who had never sinned to cast the first stone. When the wine ran out at a wedding, he called for six stone jars of water, and they amazingly turned into wine. When the crowds were hungry he fed them – with one boy’s lunch.

He did amazing things. The crowds loved it and followed him wherever he went. Blind people received their sight. Lepers were cleansed. Small children blessed. He called these actions ‘signs’, not miracles. If he spoke about them at all it was in riddles. Or stories.

And he ate with all the wrong sort of people. He kept very bad company. He got in with a rum lot. And he didn’t care what people said or thought. He wasn’t trying to please them, only God.

In that last week, as one thing led to another, he would withdraw to his friends at Bethany. And one day, eating in the home of Simon the leper, his disciples with him and everyone laughing and jesting, a woman came in from the street, carrying an alabaster jar of costly ointment. She didn’t say anything. She didn’t have to. She had about her an air of quiet determination, and a devotion which had passed beyond the cares of what others might say. She broke the seal on the jar, and gently, lovingly, poured the oil onto his head.

Everyone stared in disbelief. Was he really going to let this woman do this to him. Wouldn’t he stop her?

But Jesus wanted people to come to him. What he did – and what he goes on doing – is opening his arms wide. He stretches them out, in welcome to the world. So this woman, whoever she was and whatever she had done, and in spite of the prohibitions of his religion saying women, and for that matter lepers and small children,  are not people to mix with, that they are unclean, he goes to them and he lets them come to him. He enjoys their company. He sees in them the very humanity he has taken to himself. He loves them.

[Edited from The things he did: The Story of Holy Week by Stephen Cottrell. Published by SPCK]

A Prayer (by Kate Compston, a writer and poet)

Cross-bound Christ,
In this Holy Week you question all our human assumptions
about authority and leadership, power and glory.

We look to the Son of the most high God
for splendour.
And you ride into Jerusalem like a jester, on a lowly donkey.

We look to the Son of the most high God
for dignity.
And you kneel in the dust like a slave and wash your followers’ feet.

We look to the Son of the most high God
for authority.
And silently you wear your crown upside down so it bruises your brow,
and you bleed.

We look to the Son of the most high God
for command of the situation.
And you hang helpless on the gallows-tree and die as an outcast.

Cross-free Christ, unbound,
vindicated by Easter,
help us to see how service, sacrifice, non-violence
can be gloriously powerful in our response to life,
as in yours. AMEN